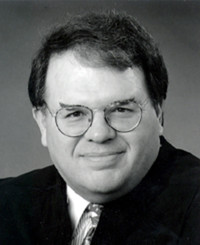 (Washington, D.C.). Late yesterday evening, the Honorable Richard J. Leon set a status conference concerning the motion for temporary restraining order and preliminary injunction motion of NSA/CIA whistleblower Dennis Montgomery and his attorney Larry Klayman filed on Monday to enjoin the intelligence agencies from continued illegal and unconstitutional surveillance as recently disclosed through a declassified order of the Foreign Intelligence Surveillance Court (FISC), as initially reported by Circa news. The complaint at issue also alleges that former FBI Director James Comey obstructed justice by suppressing if not burying an FBI investigation into this illegal mass surveillance, which involved the chief justice of the Supreme Court, other justices, 156 judges, President Trump and his associates before he became president, and other prominent persons. The complaint and motion in Case No. 1:17-cv-01074-RJL can be found at www.freedomwatchusa.org.

Larry Klayman, the founder of both Judicial Watch and now Freedom Watch and a former federal prosecutor, one of the plaintiffs in the suit and Montgomery's counsel, commented:

"The speed with which Judge Leon set this hearing is commendable, as each day that the government continues to conduct unconstitutional spying on Americans without probable cause creates grave harm to not just the victims, but our republic. Judge Leon previously preliminarily enjoined the NSA on two previous occasions from what he ruled was an "almost Orwellian" invasion of privacy, and the defendants ignored his rulings. I cannot believe he will be pleased about their brazen disregard for the law and the Constitution yet again. As for Comey, he was encharged with investigating this illegal conduct, when Montgomery came forward with proof years ago, and he allegedly buried the investigation because, as the FISC court revealed, the FBI was also conducting illegal surveillance under his direction. Plaintiffs are also asking the court to preserve this evidence, which Montgomery provided, with his testimony under oath, to the FBI and Comey."