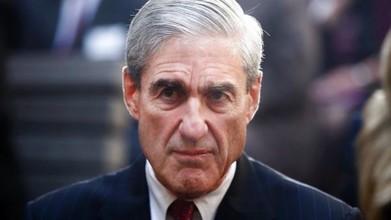 (Washington, D.C., January 15, 2018). Today, Larry Klayman, a former federal prosecutor and founder of both Freedom Watch and before that Judicial Watch, filed a complaint in the U.S. District Court for the District of Columbia pursuant to the Freedom of Information Act to obtain any and all communications by and between the media and the Office of the Special Counsel of Robert Mueller (Case No. 18-CV-88).

Klayman and Freedom Watch had previously filed complaints with the U.S. Department of Justice's Office of Professional Responsibility (OPR) and Inspector General (IG) demanding an investigation into allegations of incessant criminal grand jury leaks by Mueller and his staff, as well as their conflicts of interest as Democrat partisans bent on destroying the Trump presidency. When OPR and IG ignored these complaints, Klayman then filed suit in federal court asking for a writ of mandamus ordering that OPR and IG proceed with this ethics investigation and eventual removal and replacement of Mueller and his staff. This complaint is currently before the U.S. Court of Appeals for the District of Columbia Circuit.

Klayman had this to say upon filing this latest FOIA complaint:

"Robert Mueller and his staff, who are alleged to have illegally leaked grand jury information to damage the president, his family and associates, have thus far been untouched by the inept and inert Justice Department, run by Attorney General Jeff Sessions, who appears afraid that he himself may be indicted by Mueller for alleged Russian collusion and obstruction of justice. Freedom Watch is not afraid and is doing the job of my former alma mater, which has regrettably become the 'Department of Prosecutorial Misconduct and Injustice.' I will not rest until Robert Mueller and his partisan leftist prosecutors are removed and replaced with an honest and ethical Special Counsel and staff, who will not abuse their authority for political purposes, but instead expeditiously conduct and conclude this Russian collusion investigation on the merits before more harm is done to the nation."

Go to www.freedomwatchusa.org to sign our petition and financially support our crucial efforts to remove Mueller. A copy of our FOIA complaint and other court complaints against Mueller can also be viewed there.