Clintons' Law Firm Steps in to Defend Google/You Tube in Class Action Antitrust Suit Over Discrimination Against Conservatives
Williams & Connolly the Clintons’ and the Left’s “Go To Lawyers”! 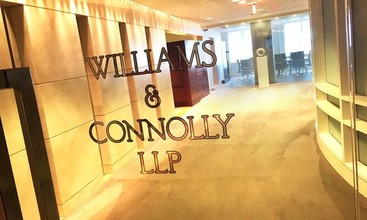 (Washington, D.C., October 15, 2018). Today Larry Klayman, the founder of both Judicial Watch and Freedom Watch and now the general counsel of Freedom Watch, as well as a former federal prosecutor of the Antitrust Division of the U.S. Department of Justice who was on the trial team that broke up the AT&T monopoly, announced that the law firm of Bill and Hillary Clinton has entered its appearance in this case (Freedom Watch, Inc. v. Google/YouTube et. al (Civil Action No. 18-cv-2030), which was recently filed in the U.S. District Court for the District of Columbia alleging an illegal agreement in restraint of trade between the social media companies to discriminate against conservatives.

The lawsuit further alleges the purpose of this violation of Section 1 of the Sherman Act is to promote a leftist agenda resulting in not just moving the nation far left by helping primarily Democrats to win or solidify control of the executive, legislative and judicial branches of government, which will also result in feathering the nest with political favors of the leftist CEOs who run the social media companies, such as Google/YouTube, Facebook, Twitter, Apple and Instagram, all defendants in Freedom Watch's complaint. Go to www.freedomwatchusa.org to view the class action complaint.

The social media defendants have been big supporters of the Clintons and their agendas. Indeed, a recent video of Google/YouTube executives and officials taken just after the election of President Donald J. Trump revealed them literally crying over the defeat of Hillary Clinton.

Klayman thus had this to say:

"It thus comes as no surprise that Google/YouTube would hire the same law firm that has not only represented the Clintons for decades, but also allegedly participated in the destruction of Hillary's emails on her unsecure private email server, which resulted in alleged obstruction of justice over her illegal actions as Secretary of State at the State Department.