Arpaio to Move to Amend Defamation Complaint vs. CNN, Huff Post and Rolling Stone
Court Ruling Acknowledges That the Sheriff Was Falsely Branded as a “Convicted Felon” 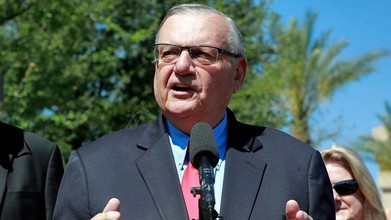 The complaint, filed in Arpaio v. CNN, Civil Action No. 18-cv-02894 in the U.S. District of Columbia alleged that by publishing that the sheriff is a "convicted felon," that defendants acted with actual malice to defame him, all for improper and political purposes as part of the "Fake New Media."

Indeed, these sophisticated news organizations knew or had reason to know that Sheriff Arpaio is not a convicted felon, but was wrongfully found liable for a simple misdemeanor by a Clinton appointed judge who denied the sheriff a jury trial, for which he was then pardoned by President Trump. Thus, defendants acted with actual malice and a reckless disregard for the truth, at minimum, in defaming "America's Toughest Sheriff."

The ruling by the Honorable Royce C. Lamberth admits that the defendants published false statements that harmed Arpaio, but erroneously finds that Sheriff Arpaio did not plead actual malice with enough specificity.

During the oral argument on defendants' motion to dismiss, Mr. Klayman advised Judge Lamberth that if he did not believe that the complaint was specific enough, that Arpaio could easily amend it. The judge seemed to agree, and this can be found in the transcript of the hearing in the court file.

Accordingly, given that these so-called news organizations, who covered and cover Arpaio closely on a regular basis, knew or had reason to know that he is not a convicted felon, Klayman will now move to amend the complaint to be more specific.

"Nothing in this opinion should be understood to be an endorsement of defendants' errors. The Court is especially bothered by the conduct of Rolling Stone and the HuffPost defendants, whose errors were not even substantially true. The media is entrusted with the important responsibility of reporting on issues of great public importance so that the American people can make informed decisions at the ballot box and elsewhere. Mistakes, honest ones or otherwise, often cause much harm to public figures like Mr. Arpaio and diminish voters' abilities to impartially weigh the issues that affect them. Later corrections or even apologies of untruths rarely correct the original harm caused."

Klayman had this to say upon reading Judge Lamberth's ruling:

"Judge Lamberth is one of the few courageous and intellectually honest judges on the federal bench today. I am reasonably certain, based on the law, that he will allow Sheriff Arpaio to amend the complaint, in order that this case can move forward to discovery and a jury trial. Indeed, leave to amend, under the Federal Rules of Civil Procedure, is to be freely granted, particularly when justice so requires. Judge Lamberth's ruling acknowledges this injustice."