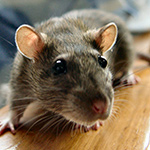 (Washington, D.C., June 17, 2013). Larry Klayman, a former Justice Department prosecutor and founder of Judicial Watch and Freedom Watch, today issued the following statement in the wake of having filed last week two class action lawsuits seeking redress for the widespread violation of constitutional rights to privacy, freedom of association, to be secure from unreasonable searches and seizures and due process in the newest Obama scandal known as "NSA-gate." See www.freedomwatchusa.org.

"Now that the proverbial 'cat is fully out of the bag' concerning the NSA's and its enablers' massive violation of the constitutional rights of American citizens, the 'establishment rats' in Washington, D.C., predictably were sent scurrying to try to cover up their 'NSA rat hole,' by vilifying and then calling for the criminal prosecution of whistleblower Edward Snowden. Many of these rabid rats are of Democrat and Republican persuasions; they are the government officials, congressmen and senators who all collaborated to put the NSA's illegal 'Big Brother' data mining of cell and internet providers communications networks secretly into effect. They also consist of the pro-Obama prime time talk show hosts of MSNBC, and Jeffrey Toobin, the legal analyst who also ran interference for the criminally minded Clintons during the late 1990s. These media apologists have miraculously developed a new found concern for national security – having conveniently 'overlooked' President Obama and Vice President Biden's wholesale and highly damaging leaks of classified national security information to boost their 2012 election prospects.

Now claiming that this massive violation of privacy and other constitutional rights is justified to combat terrorism, these Washington establishment rats are in full spin mode. On many of the Sunday talk shows, they were present in full force, trying to divert attention away from NSA-gate, lest it implicate them in the patently illegal criminal conduct.

But the American people are not fooled, no more than our Founding Fathers Benjamin Franklin, John Adams and Thomas Jefferson were fooled by King George III's wholesale violation of basic human rights in the years leading up to the Declaration of Independence and the start of the revolutionary war, when the British busted into our homes, stole our worldly possessions, taxed us into submission, perverted our legal system and, when we complained, seized and destroyed our weapons of self defense.

The potential number of class action plaintiffs in the two cases which I filed over NSA-gate potentially number over 300 million persons. The masses thus have the legal means to rise up and and hold the Washington establishment rats, which include but are not limited to defendants President Obama, Attorney General Holder, the Justice Department, the heads of the NSA and the cell and internet providers, the agencies and companies themselves, and federal judge Roger Vinson, responsible for their outrageous criminal acts. These cases can be the catalyst which sparks the new American revolution, peacefully and in the courts.

But if the federal judiciary does not hear the legitimate grievances of the American people and take corrective action, and instead seek to protect the Washington establishment rats who put them in power, then it could be 1776 all over again, as the people have been violated and raped, and they demand redress! Coupled with all of the other outrageous abuses of the government and its enablers, which have in the last decades been piling up, and gotten much worse during the Obama administration, the citizenry is more than angry; and it has had it! In the footsteps of our Founding Fathers, the American citizenry want a return to a free country and is prepared to take all just and appropriate measures to restore the nation to its foundational roots before it is destroyed by these arrogant, power hungry and lawless tyrants," pleaded Klayman.