Rittenhouse Said Attorneys Lin Wood and John Pierce Kept Him in Jail for 87 Days 'Against His Wishes'
Order "It Takes a Revolution: Forget the Scandal Industry!" at BarnesandNoble.com 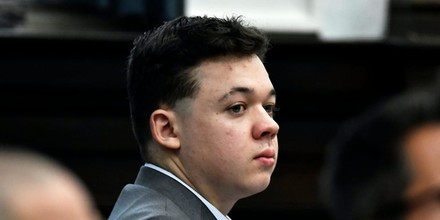 By Sarah Al-Arshani, Morgan Keith
Insider
November 23, 2021
"He held me in jail for 87 days, disrespected my wishes, put me on media interviews, which I should never have done," Rittenhouse said about Wood in an exclusive interview with Fox News' Tucker Carlson.

Rittenhouse said Wood had him talk to The Washington Post, which he didn't think was a good idea. He said Wood and Pierce were trying to raise money so "they could take it for their own benefit," not to set him free.

Rittenhouse told Carlson that Wood and Pierce said he was "safer in jail instead of at home" with his family.