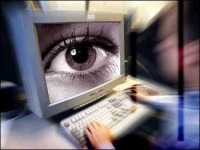 (Washington, D.C., March 27, 2014). Today, Larry Klayman, a former federal prosecutor and the founder of Judicial Watch and now Freedom Watch, announced that he and the other plaintiffs in the National Security Agency (NSA) class action lawsuit he filed (Case No. 1:14-cv-00092) in the U.S. District Court for the District of Columbia have filed a motion to certify the class. A copy of the motion and the complaint can be found at www.freedomwatchusa.org.

This request for class action certification was made to the Honorable Richard J. Leon, who last December 16, 2013, ruled that the NSA and other Government Defendants had egregiously violated the constitutional rights of millions of Americans by collecting and accessing their telephonic metadata. (See Case No. 1:13-cv-00851.) This new class action suit expands the allegations of constitutional violations to include the NSA's collection of Internet metadata, social media and its spying on overseas phone calls under its PRISM program. The suit also includes the Central Intelligence Agency (CIA) as a defendant, as well as its director, which has been conducting similar illegal surveillance on American citizens. Just recently, Senator Dianne Feinstein, a former proponent of this illegal spying loudly and hypocritically complained when she learned that the CIA had been spying on her and her congressional colleagues. And, just yesterday, former President Jimmy Carter revealed that he no longer uses the phone or Internet, but does all of his confidential communications by mail. "Such is the damage to free speech rights that have been wreaked on the American people," stated Larry Klayman.

This class action suit is the first one filed and the first to ask for class action certification. It is moving through the courts much faster than the lawsuit filed by Senator Rand Paul, which is limited to only telephonic metadata. And Klayman and the other plaintiffs have also asked the Supreme Court to immediately review Judge Leon's prior ruling, as "one day that our constitutional rights are violated is one day too much. When even a former president is too scared to use the phone or Internet, then it's clear that we are living in a police state. This must be ended immediately," added Klayman.