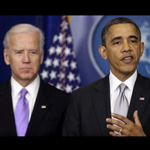 The case, brought in the U.S. District Court for the Middle District of Florida (CV-26-22PRL), alleges that under the Federal Advisory Committee Act, Defendants had a duty to the American people to provide at least 15 days notice to the public of the meetings which Biden has been chairing to recommend so called gun control measures following the tragedy at Sandy Hook Elementary School.

Klayman emphasized: "In their zeal to use this tragedy for political purposes and to try to ram quickly increased legislative gun control measures, if not gun confiscation and/or significant infringement through executive order, down the throats of the American people – in violation of Second Amendment rights – President Obama and Vice President Biden have thumbed their nose at the law and instead been holding closed door meetings with special interest lobbyists on both sides of the issue. The American people, whose rights to gun ownership stem from colonial times and are enshrined in the U.S. Constitution, are being illegally shut out of the process. In this regard, on January 7, 2013, Freedom Watch (www.freedomwatchusa.org) demanded in writing that the 15 days notice be provided and that Larry Klayman and it be permitted to be present and participate on behalf of the American people. This legal demand fell on deaf ears. As result our complaint demands that the meetings be opened up fully to members of the public who request, upon proper and timely notice by the Gun Control Task Force, the right to participate, and that if the administration fails to comply immediately with the court order that the Gun Control Task Force be shut down and its recommendations, which are due to be issued tomorrow, be declared illegal and enjoined from implementation. There simply is no excuse for the president and vice president, as occurred with its Obamacare federal advisory committee, to make gun policy exclusively with lobbyists. Open government is more honest government."

For more information or for an interview with Mr. Klayman, contact Adrienne Mazzone 561-750-9800 x210; amazzone@transmediagroup.com. To view the complaint, see www.freedomwatchusa.org.