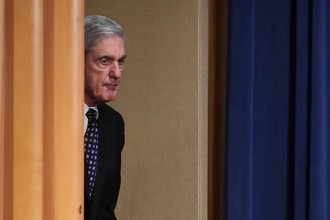 (June 27, 2019). Today, Larry Klayman, a former federal prosecutor and the founder of Freedom Watch (www.freedomwatchusa.org) announced the criminal indictment of Special Counsel Robert Mueller by a citizens grand jury for the alleged crimes of witness tampering, obstruction of justice, attempting to suborn perjury and other illegalities. A copy of the indictment, jury instructions, verdict form and related documents are embedded below and can also be found on Freedom Watch's website along with a video of the grand jury proceedings. Filming the proceedings as well as offering testimony about Mueller's illegal grand jury leaks was Jason Goodman, CEO of Crowdsource the truth. The video of the proceedings can also be found at the links below:


In a landmark case styled United States v. Williams, 504 U.S. 36 (1992), Justice Antonin Scalia ruled that the grand jury does not belong to any of the three branches of government, but rather to the American people. Indeed, several states have citizens grand juries.

Klayman had this to say as the prosecutor who procured this indictment:

"On June 12, 2019, a citizens grand jury comprised of eight jurors heard testimony and considered other evidence principally from Dr. Jerome Corsi, who had been a target of Special Counsel Mueller's so-called Russian collusion investigation and voted out a true bill of indictment based on Mueller's primarily having threatened Corsi with indictment if he did not agree to lie under oath implicating President Donald Trump in criminal activity. In addition, the citizens grand jury indictment addresses alleged illegal and unconstitutional surveillance and criminal grand jury leaks concerning Corsi."

"This criminal indictment of Mueller is both historic and the first of its kind, particularly since it is clear that the Department of Justice, in the end, protects its own. See Solomon, "Feds Gone Wild: DOJ's Stunning Inability to Prosecute its Own Bad Actors," The Hill (June 13, 2019).

"While other watchdog groups, such as the group which I founded Judicial Watch and left in 2003 to run for the U.S. Senate in Florida, mainly just get documents through the Freedom of Information Act ('FOIA') and then looks to a compromised government to take action, Freedom Watch's Justice League seeks to itself mete out justice on behalf of We the People."

"Now that Mueller had been indicted, he will be tried, a conviction will be sought before a people's court, and if convicted a suitable sentence meted out. There is no other alternative to restore the rule of law to the nation, as our system of justice has been compromised and corrupted by the establishments of both political parties, who circle the wagons and in the end protect themselves at the expense of the American people." 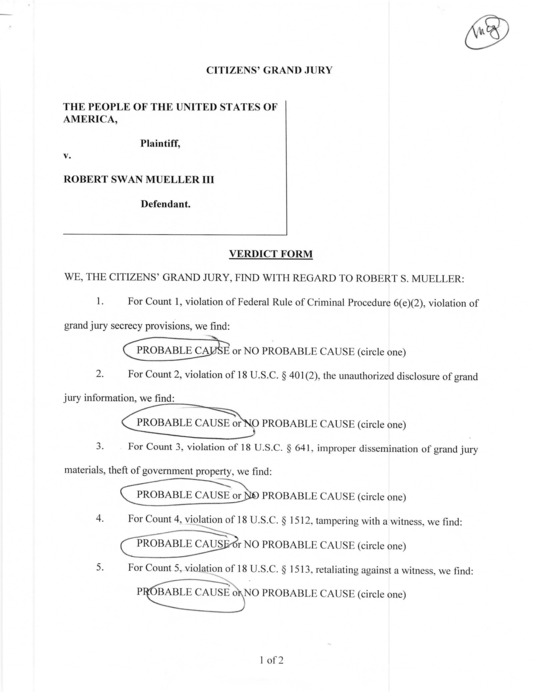 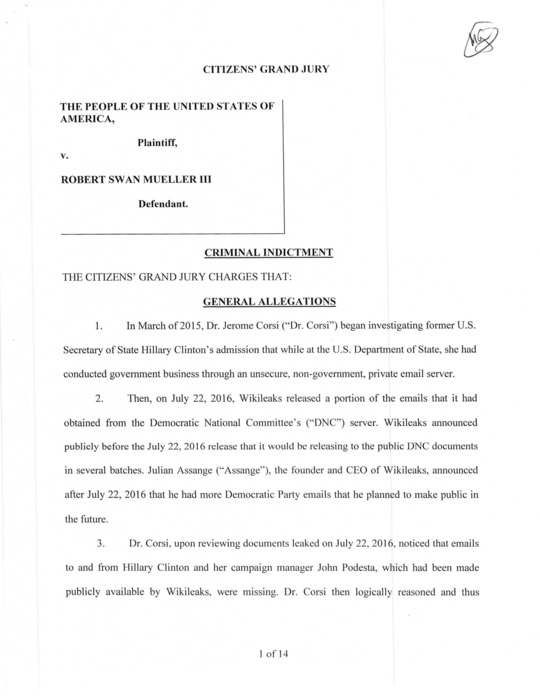