Kurt Russell Thinks Celebrities 'Should Step Away' From Being Vocally Political: 'We Are Court Jesters' 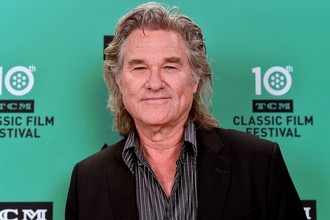 Though it's now common for celebrities to be involved politically, Russell still subscribes to the old-school Hollywood rule of always being an entertainer to all audiences.

"I've always been someone who felt we are court jesters. That's what we do," he said alongside longtime love Goldie Hawn in a new joint interview for The New York Times. The couple were promoting their upcoming Netflix movie Christmas Chronicles 2.

"As far as I'm concerned, you should step away from saying anything so that you can still be seen by the audience in any character," he continued. "There's no reason entertainers can't learn just as much as anybody else about a subject, whatever it is. But I think that what's sad about it is that they lose their status as a court jester. And I'm a court jester. That's what I was born to do."