Klayman: Weakness of Biden Now Spreading to Threaten Other Nations With Russian Nuclear Treachery!
Order "It Takes a Counter-Revolution!" at Amazon.com
Donate and Support Freedom Watch at www.FreedomWatchUSA.org 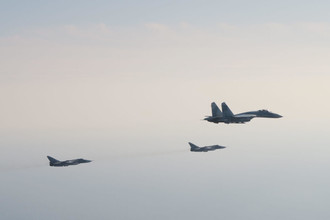 The incident took place while the Finnish and Swedish forces were engaged in a joint exercise in the Baltic Sea. The Russian flight group took off from the nearby enclave of Kaliningrad.