Klayman: WaPo Is a Disgrace Even by Its Own Dishonest Leftist Journalistic "Standards!"
Order "It Takes a Counter-Revolution!" at Amazon.com
Donate and Support Freedom Watch at www.FreedomWatchUSA.org 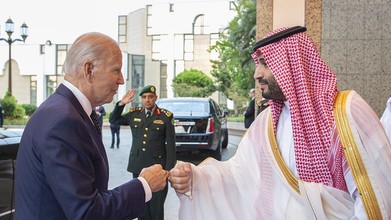 Ryan also claimed that Biden is "turning his back" on "press freedom" by requesting immunity for the prince from a lawsuit he faced over the 2018 killing of Washington Post contributor Jamal Khashoggi.

Fox News Digital reported Friday that the Biden administration requested the Saudi crown prince be granted immunity from other foreign state courts' lawsuits against him for the killing of the journalist.