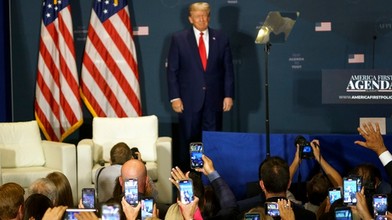 Dynamic shifts between Fox News, Donald Trump
The Hill
July 28, 2022
Former President Trump while in office could usually turn to Fox News for comfort. There were differences from time to time, and Trump made headlines occasionally by going after personalities on Fox — most famously Megyn Kelly during a 2015 GOP presidential primary debate.

But for the most part, Trump, a rabid cable news follower, could tune in to find Fox News star hosts heaping praise on him and his administration while lambasting his critics and political enemies.

Trump still has his supporters on the network, but the dynamic between a former president openly flirting with another run for the White House and Rupert Murdoch's top media asset is definitely changing.