Klayman: Trump Has Less Than a Zero Chance to Prevail With This Obama Radical Black Female Federal Judge! I Know as I Have Been Before Her! She Is Totally Biased and Dishonest!
Order "It Takes a Revolution: Forget the Scandal Industry!" at BarnesandNoble.com 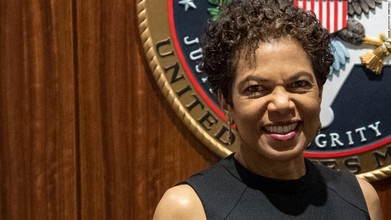 Judge who's criticized Capitol insurrection to hear Trump's challenge to House subpoena of presidential records
By Devan Cole
CNN
October 20, 2021
Washington (CNN)A federal judge who has strongly criticized the January 6 insurrection and handed down prison time to some convicted rioters is set to hear former President Donald Trump's challenge to a House subpoena of records from his time in office related to the siege.

Judge Tanya Chutkan was assigned to hear Trump's suit, which lawyers for the former President filed on Monday.

The case represents an early challenge for the bipartisan House select committee investigating the insurrection, with lawyers for Trump now having to convince Chutkan to block the House from getting access to a tranche of Trump-era records, which the Biden administration declined last week to assert executive privilege over, prompting the Trump lawsuit.