Klayman: To the Contrary We Don't Want to Hear Chris Wallace's "Leftist Crap!" Fire Him at Fox News!
Order "It Takes a Revolution: Forget the Scandal Industry!" at BarnesandNoble.com 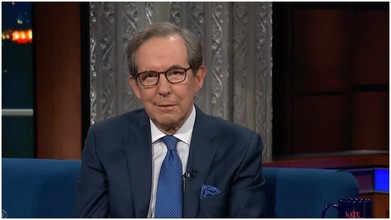 Chris Wallace on lawmakers who contested Biden's election: I don't want to hear 'their crap'
TheHill
September 9, 2021
Fox News anchor Chris Wallace said Wednesday he has "purposely" kept lawmakers off his Sunday news program who have spread unfounded conspiracy theories about electoral fraud and suggested President Biden's win in 2020 was not legitimate.

"Well, there were plenty of people, in the Congress, who were the leaders of challenging it who I have just not had on the show ever since then," Wallace said during an appearance on CBS's "The Late Show."

"And [I] have purposefully not had them on, frankly, because I don't want to hear their crap," he said.