Klayman: This Makes Trump a Hard Target for NYC District Attorney: If Trump Decides to Run This Makes His Indictment by This Leftist All but Certain!
Order "It Takes a Revolution: Forget the Scandal Industry!" at BarnesandNoble.com 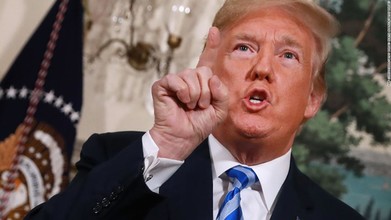 Analysis: Donald Trump is '99, 100 percent' likely to run for president in 2024
By Analysis by Chris Cillizza, CNN Editor-at-large
CNN
September 7, 2021
(CNN)The 2024 election is still 1,155 days away -- I counted -- but, according to one senior aide to Donald Trump, the former president is all-but-certain to run again.

"I would say somewhere between 99 and 100 percent," Jason Miller told Cheddar earlier this month when asked about the chances that Trump runs again. "I think he is definitely running in 2024."