Klayman: The Leftist Media Wants Biden Gone: He Is a Loser & Dangerous Embarrassment to Even Communists!
Order "It Takes a Revolution: Forget the Scandal Industry!" at Amazon.com 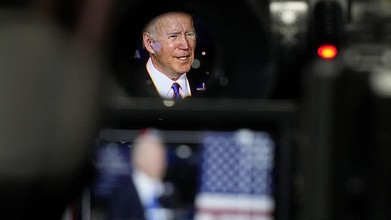 White House points finger at the press
By Hanna Trudo and Brett Samuels
TheHill
December 12, 2021
The Biden White House, plagued by low approval ratings that have weakened the president's clout and raised fears among Democrats over next year's midterm elections, is blaming the media for some of its problems.

Administration officials are increasingly pointing the finger at the press, saying news organizations are unfairly covering the White House and contributing to Biden's tenuous public standing nearly a year into his presidency.