Klayman: That Is Thanks to Bill Hemmer: Perino Can't Speak Clearly and Is Not Too Bright!
Order "It Takes a Revolution: Forget the Scandal Industry!" at BarnesandNoble.com 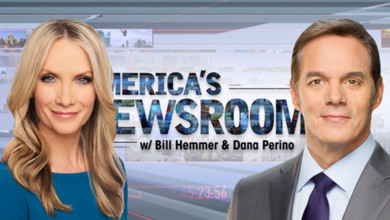 Over the same time period, ABC's "GMA3: What You Need To Know" averaged 1.6 million viewers and NBC's "Today With Hoda & Jenna" averaged 1.5 million. Hemmer and Perino have now outdrawn NBC and ABC for eight straight weeks as Americans flock to Fox News for information and analysis.

Bill Hemmer and Dana Perino teamed up to relaunch "America's Newsroom" in January.