Klayman: Shades of Hitler's Gestapo Under Biden-Harris DOJ-FBI!
Order "It Takes a Revolution: Forget the Scandal Industry!" at BarnesandNoble.com 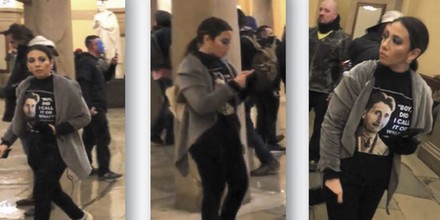 Capitol riot attendee argued she was allowed inside the building on January 6 because she looked up the hours online and it said it was open
By Erin Snodgrass, Madison Hall
Business Insider
June 6, 2021
A California woman was arrested and charged in connection to the Capitol riot on Friday in Alabama.

Stephanie Baez boasted about her attendance on her Instagram during and after the insurrection, prosecutors allege.

She told authorities she was allowed to be in the building because she previously confirmed online that the Capitol would be open.