Klayman: Schiff Is a Despicable Member of the Marxian and Dishonest Jewish Left! He Is Not Just a Threat to America but Also Israel and the Jewish People!
Order "It Takes a Revolution: Forget the Scandal Industry!" at BarnesandNoble.com 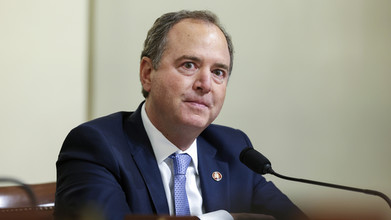 "I think the relationships that we had with our [GOP] colleagues before that day, which were already fraying, reached a real breaking point," Schiff, who made the case for President Donald Trump's impeachment at the first trial in 2020, told NPR's Michel Martin.

He said that even relationships with Republican colleagues that had previously been amicable are now compromised, including with House Minority Leader Kevin McCarthy.