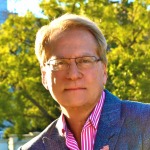 During his speech, which can be heard at www.freedomwatchusa.org, Klayman spoke of the nation's founding and heritage, how it has ethically and morally declined in its 237 year history, particularly under President Barack Hussein Obama, and challenged all Americans to wage a non-violent second American revolution to restore the vision of the Founding Fathers.

In the course of his speech, Klayman metaphorically stated that our current president bows down to Allah. He also challenged Obama, who has repeatedly shown his pro-Muslim bias over Judeo-Christian values, to get up off his knees, put the Qur'an down and to figuratively come out of the White House with his hands up and resign.

While these references were intended to be metaphoric and not literal, they do ring true nevertheless. Just these few facts, among many, are uncontroverted:

First, Obama has shown tremendous antipathy to Israeli Prime Minister Netanyahu and has not been a friend of the Jewish state. To the contrary, he has done everything he could to undercut Israel in international fora and in negotiations with Iran over its nuclear capability. Second, during the 2008 presidential campaign, Obama referred to his "Muslim faith" in an interview with ABC's George Stephanopoulos. (http://www.youtube.com/watch?v=XKGdkqfBICw). Third, a few years ago, Obama cancelled celebration of the National Day of Prayer in the White House and instead feasted Ramadan, using the occasion to endorse the Ground Zero mosque. Fourth, Obama has worn a ring for decades that is inscribed with the saying that his only god is Allah. (http://www.wnd.com/2012/10/obamas-ring-there-is-no-god-but-allah/). Fifth, Obama's recent support of now removed Muslim Brotherhood Egyptian president Mohammed Morsi speaks for itself. (http://www.wnd.com/2013/01/meet-the-first-muslim-president/). Finally, Obama has failed to speak out or act to address Christian persecution in the Middle East. For more examples, see (http://www.jihadwatch.org/2013/10/speaker-at-dc-veterans-rally-calls-on-obama-to-put-the-quran-down.html).

Of course, the left seized on Klayman's metaphors to try to discredit him and his Tea Party colleagues, just as they tried to tar Sarah Palin and Senators Cruz and Lee with one confederate flag that appeared at the Veterans march.

Klayman, undaunted and in fact amused by the reaction by the far left and its enablers in the liberal media, had this to say:

"The left, and those from other political spectra who want to be part of the establishment club, do not want to hear or admit the truth. The strong reaction to my statements underscore why the truth needed to be said. These naysayers do not have the courage of our Founding Fathers, who risked their lives and fortunes for freedom. But there is a groundswell growing to take strong non-violent action to free We the People from the shackles of the political establishment, who have driven the country into the ground. I call upon all patriots, of all political stripes, to join us to Occupy Washington on November 19, 2013." See www.freedomwatchusa.org; www.occupywashington.us.