Klayman: One Can Only Hope It Will Be You Hillary! Unfortunately Not!
Order "It Takes a Counter-Revolution!" at Amazon.com
Donate and Support Freedom Watch at www.FreedomWatchUSA.org 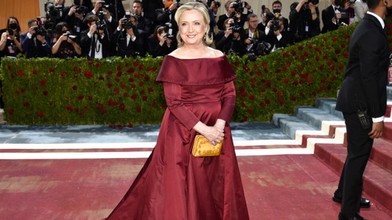 During an appearance on "CBS Evening News with Norah O'Donnell," Clinton told O'Donnell that Justice Samuel Alito's drafted opinion on Roe v. Wade is "dark" and "incredibly dangerous," saying she hopes people are fully aware of what Americans are up against.

"This opinion is dark. It is incredibly dangerous. And it is not just about a woman's right to choose, it is about much more than that," Clinton told O'Donnell in the interview. "And I hope people now are fully aware of what we're up against, because the only answer is at the ballot box, to elect people who will stand up for every American's rights."