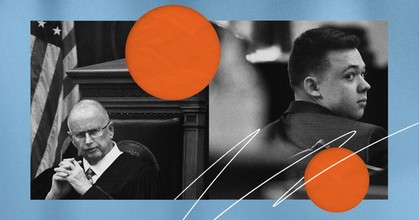 As Rittenhouse trial winds down, polarizing judge lashes out
NBC News
November 13, 2021
Kenosha County Circuit Judge Bruce Schroeder has not slunk into the background while presiding over the biggest case of his more than four decades on the bench in Kenosha County, Wisconsin.

During the almost two weeks of the trial, he has lashed out in anger, lectured the jury by citing Roman history and the Bible, and been a divisive figure to those watching the proceedings. On Friday, while hearing arguments about what to include in jury instructions, he quipped about getting text messages from "my few remaining friends" as part of a larger point about touchscreen technology on electronic devices.

He also grew prickly about a debate over photos, saying: "You're asking me to give an instruction. I want to see the best picture!"