Klayman: Obama-Appointed Hawaiian Judge Will Be Overturned Even by Ninth Circuit! 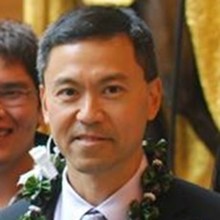 (Washington, D.C., March 15, 2017). Today, ironically the Ides of March, a federal judge in Hawaii, perhaps the most corrupt state in the United States, and who not coincidentally was appointed by former President Barack Hussein Obama, temporarily enjoined the latest executive order issued by President Donald J. Trump, on purely political grounds, citing as his rationale irrelevant statements Mr. Trump made during his presidential campaign. Larry Klayman, the founder of both Judicial Watch and now Freedom Watch, issued this statement:

"The ruling of this ultra-leftist renegade judge, which liberal constitutional law professor Alan Dershowitz has found to be illegal, will fail on appeal even before the U.S. Court of Appeals for the Ninth Circuit, which oversees Hawaii. Freedom Watch, as it did with the first Trump immigration executive order, will be filing amicus curiae 'friend of the court' briefs supporting President Trump. This totally political ruling is an outrage but unfortunately typical of the current state of the judiciary, which is currently dominated by an overwhelming number of Clinton and Obama appointed leftist judges, who have little to no respect for the Constitution. For this reason, Freedom Watch's Judicial Selection Strike Force (see www.freedomwatchusa.org or www.judicialselectionstrikeforce.org) will be working with the president to identify and select judges for appointment and confirmation who respect the Constitution and the rule of law. There is much work to do, as there are over 100 vacancies on the lower federal courts that need to be filled. Please go to our websites and donate to this worthy cause, as our judicial and legal systems are severely broken."