Klayman: More Leftist Trash From Politico: Dumb and Dumber!
Order "It Takes a Revolution: Forget the Scandal Industry!" at BarnesandNoble.com 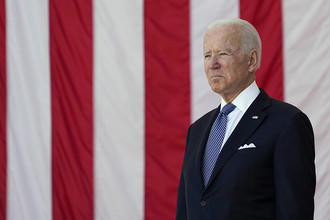 As a senator, he was a longtime member — and eventually leader — of the Foreign Relations committee. As a presidential candidate in 2008, he focused his campaign on his ability to handle tough international entanglements, chief among them the Iraq war. And as vice president, he tackled a variety of foreign policy issues, from Central America to Eastern Europe.

But now that Biden is president after nearly five decades in public office, his foreign policy agenda has been largely overshadowed by enormous domestic crises at home. And so, as he embarks on his first foreign trip this week, Biden will attempt to fuse the two — emphasizing that the steps he as president takes on the international stage will have a direct impact for average Americans back home, according to eight current and former aides, colleagues and foreign policy experts.