Klayman: Maxine Waters Is the Proverbial "Pot Calling the Kettle Black"! Join Our Justice League and Have Her Indicted for Inciting Violence by Citizens Grand Juries! Go to www.FreedomWatchUSA.org. Also Donate and Share! 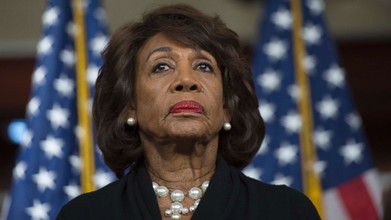 In a lengthy statement issued late Wednesday, Waters, D-Calif., said she'd been notified about forthcoming protests by the Oath Keepers, which she described as "an anti-government militia" that's staged armed protests in cities across the country.