Klayman: Let's Trade Biden and Harris to the Taliban for Release of Americans!
Order "It Takes a Revolution: Forget the Scandal Industry!" at BarnesandNoble.com 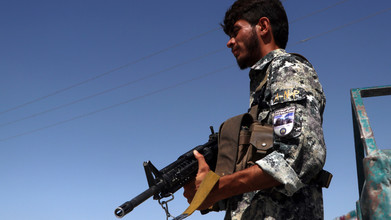 Top Republican says Taliban holding Americans
By Associated Press
KATV
September 5, 2021
The top Republican on the House Foreign Affairs Committee says some Americans who have been trying to get out of Afghanistan since the U.S. military left are sitting in airplanes at an airport ready to leave but the Taliban are not letting them take off.

Rep. Michael McCaul of Texas says there are six airplanes at the Mazar-e-Sharif airport with American citizens on board, along with their Afghan interpreters, and the Taliban are "holding them hostage" right now.