Klayman: Leftist Jennifer Rubin Is an Embarrassment to Fellow Jews!
Go to www.FreedomWatchUSA.org to Join and Support Our Leftist Media Strike Force! Share and Donate 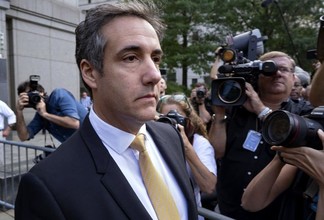 According to Cohen, Trump remarked in response to Cohen's observation that his rally crowds were overwhelmingly white, "That's because black people are too stupid to vote for me." Cohen also claims Trump said, "Name one country run by a black person that's not a shithole. . . . Name one city." Cohen also recalls that while traveling in Chicago in a rough neighborhood, Trump said, "only the blacks could live like this." (When someone says "the" blacks or "the" Hispanics, it's generally not going to be a compliment.)