Klayman: Laura Loomer and Freedom Watch and Their Antitrust Lawsuit vs. Big Tech Is Mentioned and Was Instrumental in Justice Thomas' Concurrent SCOTUS Opinion!
Order "It Takes a Revolution: Forget the Scandal Industry!" at BarnesandNoble.com 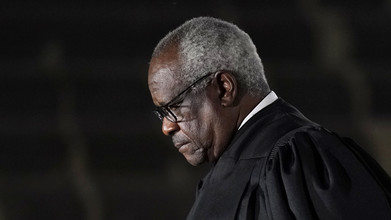 Justice Clarence Thomas Takes Aim At Tech And Its Power 'To Cut Off Speech'
NPR.org
April 6, 2021
The Supreme Court on Monday dismissed a lower court ruling that former President Donald Trump violated the First Amendment rights of critics he blocked on Twitter.

Lawyers for those Trump blocked on Twitter argued that the former president's Twitter account functioned as an official source of information about the government, leading a federal appeals court to rule that Trump's blocking amounted to illegally silencing their viewpoints.