Klayman: If Trump Pardons Stone He Will Forfeit His Claim to Be a Law and Order President! 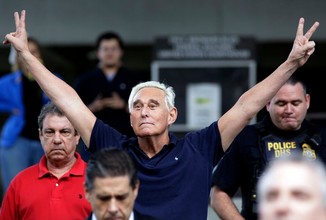 Trump retweeted a post about a growing petition to urge the president to give Stone, a former GOP political operative, a full and unconditional pardon.

Trump has long been sympathetic to Stone's case and said in February that his ally "has a very good chance of exoneration." Saturday's tweet further raises speculation that Trump will intervene on behalf of Stone, who has been pleading for help to avoid prison.