Klayman: How Is It That Stone Is Able to Post Propaganda When He Is Confined by the Judge to Home Imprisonment Pending His Surrender to a Federal Prison in Georgia in a Few Days? 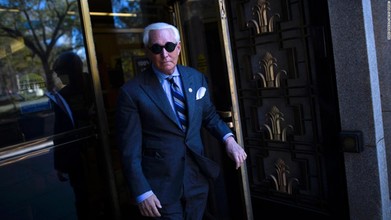 Facebook removes Roger Stone from Instagram after linking him to fake accounts
By Donie O'Sullivan, Marshall Cohen and Katelyn Polantz
CNN
July 8, 2020
(CNN)Facebook announced Wednesday it had shut down pages and accounts linked to Roger Stone and Proud Boys, a far-right group Facebook has banned under its hate policies. Stone's own Instagram account was shut down as part of the takedown.

The pages posted about the hacked materials released by Wikileaks ahead of the 2016 presidential election, politics in Florida, and Roger Stone himself, among other topics, Facebook said. The pages were also active around the time of Stone's trial in 2019, said Nathaniel Gleicher, Facebook's head of security policy, in a press call Wednesday.