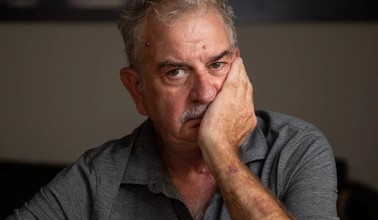 'The job wasn't completed in 1948. The land wasn't emptied of Arabs'
By Shany Littman
Haaretz.com
October 5, 2021
Avi Mograbi's new movie, "The First 54 Years — An Abbreviated Manual for Military Occupation," has not been among the offerings at any of the film festivals held in Israel this year, and so far no Israeli television channel has been willing to air it either. Nor did the nonprofit foundations that usually support documentary films want to get involved this time around, even though Mograbi is a highly-regarded longtime filmmaker whose previous films have been very successful and have been shown at dozens of film festivals around the world.