Klayman: Good for Bill Maher! Left Is Creating A "Freak Show!"
Order "It Takes a Revolution: Forget the Scandal Industry!" at BarnesandNoble.com 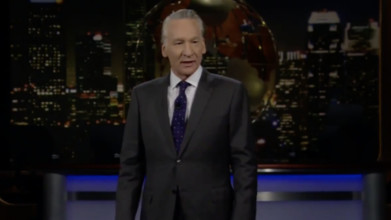 Bill Maher pushes back on criticism of Chappelle: 'What the f--- was that reaction?'
By Caroline Vakil
TheHill
October 24, 2021
HBO's Bill Maher pushed back against criticism aimed at comedian Dave Chappelle, whose Netflix special has come under fire for being transphobic.

"What the f--- was that reaction?" Maher said during his Friday show, according to Fox News. "Everyone needs to Netflix and chill the f--- out on this one."

Chappelle has been in hot water for his special, "The Closer," in which he makes several remarks, claiming that "Gender is a fact" and proclaiming that "I'm Team TERF!" — referring to trans-exclusionary radical feminists. Earlier this week Netflix employees staged a walkout to show their solidarity with the trans community and protest the Netflix special.