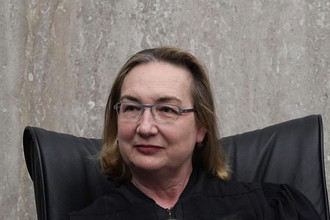 'Almost schizophrenic': Judge rips DOJ approach to Jan. 6 prosecutions
By Kyle Cheney, Josh Gerstein
POLITICO
October 28, 2021
A federal judge thrashed the Justice Department on Thursday for offering "petty offense" plea deals to Jan. 6 defendants who she said tarnished America's reputation in the world and enabled violent rioters to threaten the peaceful transfer of power — even if they committed no violence themselves.

Beryl Howell, the chief judge of the federal District Court in Washington, D.C., said prosecutors appeared "almost schizophrenic" in describing the insurrection in extreme terms but then settling for second-tier misdemeanor plea agreements with dozens of defendants.

"This is a muddled approach by the government," said Howell, an appointee of President Barack Obama. "I'm trying to make sense of the government's position here."