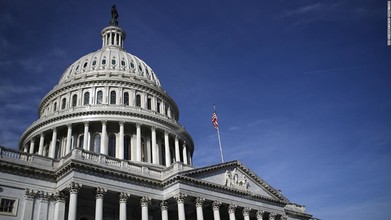 Senate beginning preparations for an impeachment trial
By Lauren Fox
CNN
November 6, 2019
(CNN)While senators await the House of Representatives to move into the public phase of their impeachment inquiry, aides and members are beginning to prepare for a likely Senate trial.

Lawmakers on both sides of the aisle are cautious: there are no articles of impeachment and the House hasn't voted to impeach the President. But, the logistical undertaking of a Senate impeachment trial isn't an easy lift and can't snap into action overnight leading to conversations that have begun in even small ways.

Talks are underway between Senate aides and even Supreme Court Chief Justice John Roberts' team over simple things like where Roberts' office will be during the trial, one Senate aide told CNN. The last time the Senate did this was the 1990s for the trial of then-President Bill Clinton, when staffers didn't all need their own computers and the chief justice was housed just off the Senate floor in the Senate president's room.