Klayman: Even the Evil Saudis and Arabs Have No Respect for the Braindead Poor Excuse of a "President" Biden!
Order "It Takes a Counter-Revolution!" at Amazon.com
Donate and Support Freedom Watch at www.FreedomWatchUSA.org 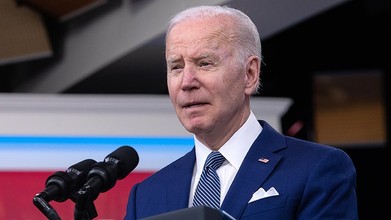 "There was some expectation of a phone call, but it didn't happen," a U.S. official told the Journal regarding a call between Biden and Saudi Crown Prince Mohammed bin Salman. "It was part of turning on the spigot [of Saudi oil]."

UAE leader Sheikh Mohammed bin Zayed also declined a call from Biden, according to the officials.