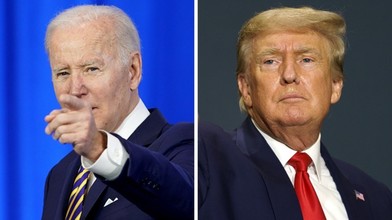 Biden turns up the insults on Donald Trump
The Hill
July 29, 2022
President Biden has been proactively getting in Donald Trump's face in recent days.

Biden has been taunting his predecessor with slights, calling him "the defeated former president of the United States."

He's called him out by name, dubbing him a liar and saying he lacks courage.