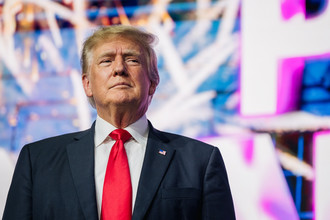 Judge Tanya Chutkan's ruling against Donald Trump--Full transcript
Newsweek
November 11, 2021
The U.S. district judge wrote in her ruling against Trump that "Presidents are not kings, and Plaintiff is not President. He retains the right to assert that his records are privileged, but the incumbent President "is not constitutionally obliged to honor" that assertion.

That is because Plaintiff is no longer situated to protect executive branch interests with "the information and attendant duty of executing the laws in the light of current facts and circumstances."

And he no longer remains subject to political checks against potential abuse of that power. Moreover, contrary to Plaintiff's assertion that President Biden's decision not to invoke executive privilege is "unprecedented," history is replete with examples of past Presidents declining to assert the privilege.