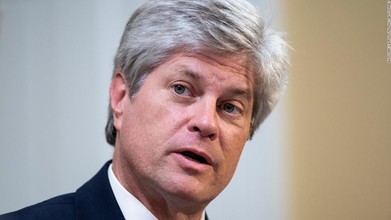 The US Attorney's Office for the Central District of California said in a press release that a federal grand jury charged Fortenberry "with concealing information and making false statements to federal authorities who were investigating illegal contributions made by a foreign national to the congressman's 2016 re-election campaign."

The indictment charges the congressman with one count of scheming to falsify and conceal material facts and two counts of making false statements to federal investigators.