Klayman: Chief Justice John Roberts Should Be Impeached for Sanctioning the Murder of Children! But He Won't Be!
Order "It Takes a Revolution: Forget the Scandal Industry!" at BarnesandNoble.com 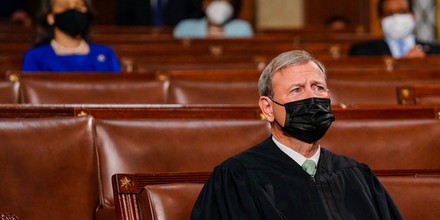 Texas Ruling Raises Doubts About Chief Justice's Hold on the Roberts Court
By Jess Bravin and Brent Kendall
WSJ
September 13, 2021
WASHINGTON—The Supreme Court's 5-4 midnight order letting Texas ban most abortions raised new uncertainty about reproductive rights, but one point was clear: It is another sign that Chief Justice John Roberts is struggling to steer the Roberts Court at a time when an even bigger abortion case is looming.

A conservative chief justice who prizes consensus and calibration in jurisprudence once again found himself out of step with five colleagues further to his right. Instead, Chief Justice Roberts landed in an increasingly familiar place on the court he leads: dissenting alongside three liberals who, often for different reasons, share his disagreement with the newly expanded conservative majority.