Klayman: By Telling Warner Brothers To "Stick It" Gal Gadot Showed Why She Deserves to Be a Jewish Israeli Wonder Woman!
Order "It Takes a Revolution: Forget the Scandal Industry!" at BarnesandNoble.com 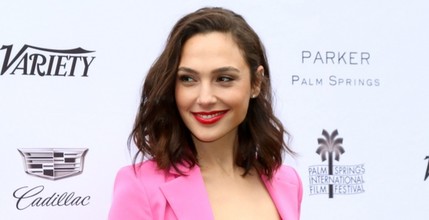 WB Reportedly Asked Gal Gadot To Take Back Her Controversial Tweet
We Got This Covered
June 7, 2021
The online discussion about Gal Gadot as of late has been a great example of how quickly the internet can turn on someone. It wasn't too long ago that the Wonder Woman star received a ton of support after she addressed how Joss Whedon threatened her career on the set of Justice League. But shortly after that, she became Twitter Enemy No. 1 thanks to her response to the Israeli-Palestinian conflict.

Though Gadot's comments on the current crisis called for peace from both sides, it sparked some very intense anger from social media users who thought the Israeli actress should have taken a different stance. Gadot's own military history was also brought up, with many branding her a "Zionist" and even going so far as to claim that she's aiding in the "violence against Palestinians."