Klayman: Biden Is an Even Dumber Version of Neville Chamberlain: Putin Will Manhandle This Braindead Idiot!
Order "It Takes a Revolution: Forget the Scandal Industry!" at Amazon.com
Donate and Support Freedom Watch at www.FreedomWatchUSA.org 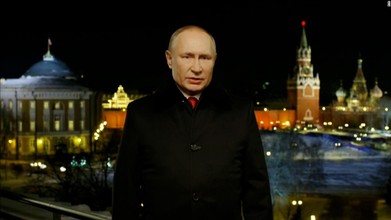 Analysis: The West has a rare window to put Putin in his place
By Analysis by Luke McGee
CNN
January 9, 2022
(CNN)Next week may see one of the most significant and defining moments in relations between the North Atlantic Treaty Organization and Russia since the break-up of the Soviet Union.

On Wednesday, representatives from NATO, its 30 member states, and the Russian Federation will meet in Brussels, primarily to discuss the recent military buildup of Russian troops on the border between Russia and Ukraine. US and Russian diplomats will meet in Geneva Monday to discuss the crisis as well.

US Secretary of State Antony Blinken has said there are "two paths," and that the option of "diplomacy and de-escalation" was one of two the US and international community had laid out for Moscow ahead of the meetings.