Klayman: At Least Keller Was Not Charged With Having Sex With a Horse: This Is The "Hard Work" of the Corrupt Biden DOJ as the Biden Crime Family Goes Untouched!
Order "It Takes a Revolution: Forget the Scandal Industry!" at Amazon.com 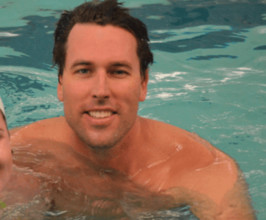 Grand Jury Indicts Olympian Klete Keller on 7 Charges Related to Capitol Riots
SwimSwam
February 12, 2021
A grand jury has added 4 new charges to the original 3 in the indictment of Olympic medal-winning swimmer Klete Keller. That brings Keller to 7 charges as a result of his participation in the riots and insurrection at the U.S. Capitol on January 6 as the United States Congress was preparing to certify the election of Joe Biden as the next president of the United States.

A new indictment was released this Wednesday charging Keller with the original three charges along with an additional four. His charges now include the following: