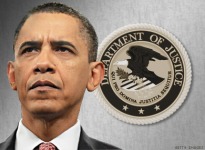 (Brownsville, Texas, March 24, 2015). Today, Sheriff Joe Arpaio and his counsel Larry Klayman filed another amicus brief with the court which enjoined the illegal immigration executive actions of President Obama and his Department of Homeland Security ("DHS"). In this brief, Arpaio and Klayman detail the falsehoods put forth by the Obama Justice Department on behalf of the president in trying to prevent the issuance of an order temporarily enjoining the implementation of these executive actions which would amount to amnesty for over 5 million illegal aliens, many of whom have criminal records.

Specifically, lawyers of Obama's Justice Department told the courts in two federal cases, the one in Texas (1:14-cv-254) and the one in the District of Columbia filed by Arpaio and Klayman (1:14-cv-01966), that the presidents' executive actions would not be implemented, at the earliest until February 18, 2015, when in fact it has been learned that the president and DHS were already well on their way to putting the executive actions into effect. These intentional misrepresentations were intended to convince and deceive these courts that immediate judicial rulings on the motions for preliminary injunctions were not necessary, as nothing had occurred as yet that could conceivably be damaging to the plaintiffs in both cases.

Klayman has this to say upon the filing the amicus brief calling for harsh sanctions and a contempt proceeding to redress this serious misconduct.

"President Obama and his 'yes-men' at the Justice Department and Department of Homeland Security are not above the law. They cannot be permitted to walk away scot-free from lying to courts, much more attempting to put into effect unconstitutional executive actions granting illegal amnesty to over 5 million illegal aliens. This serious misconduct must be harshly sanctioned to further the rule of law, uphold the integrity of the courts, and prevent this from happening again in these important cases. As an alumnus of the Justice Department, I am appalled by the actions of President Obama's legal counsel in these cases."

For more information or an interview, contact Freedom Watch at daj142182@gmail.com or (424) 274-2579. To view the amicus brief, go to www.freedomwatchusa.org