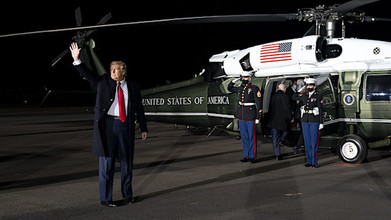 Fleischer is a GOP strategist and was a White House press secretary under former President George W. Bush, according to the AP. Fleischer also voted for Trump.