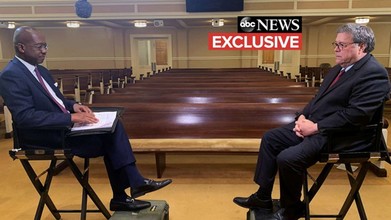 "I do think it is a widespread phenomenon that African American males, in particular, are treated with extra suspicion and maybe not given the benefit of the doubt," Barr told ABC News Chief Justice Correspondent Pierre Thomas in an exclusive interview.

"I think it is wrong if people are not respected appropriately and given their due," he explained, "and I think it's something we have to address."