Klayman: A Salute to Bill Maher!
Order "It Takes a Revolution: Forget the Scandal Industry!" at BarnesandNoble.com 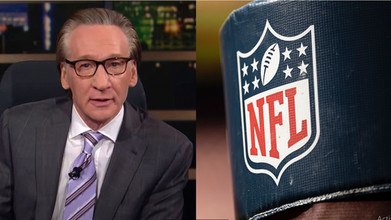 Maher began the show's panel discussion Friday night on the subject of education in America and how college campuses and classrooms have become a "social justice factory," listing several instances across the country of teachers resigning because they've felt more like "political activists" than actual educators, with one saying it's "pitting students against each other based on the color of their skin."

"To me, when people say to me sometimes, like, 'Boy, you really go after the left these days. Why?' Because you're embarrassing me," Maher exclaimed. "That's why I'm going after the left in a way you never did before. Because you're inverting things that I- I'm not going to give up on being liberal! This is what these teachers are talking about. You're taking children and making them hyper-aware of race in a way they wouldn't otherwise be!"