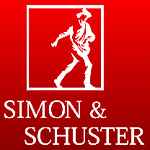 According to Klayman, the book is written in a way that creates the false impression that only the alleged author, Tim Fitton, was responsible for all of Judicial Watch's accomplishments during the years attorney Larry Klayman was in charge.

"Written principally by a ghost writer, Ben Shapiro, the book falsely credits Fitton with many of the public interest group's successes that were actually my achievements, but my name doesn't even appear once in the book citing Judicial Watch's accomplishments," Klayman said.

Fitton is the current head of Judicial Watch, a government watchdog Klayman created in 1994 to investigate and prosecute government and judicial corruption and abuse. During Klayman's years as chairman and general counsel of Judicial Watch, Fitton was Klayman's "underling and never argued any of the watchdog's cases in court, as he is not a lawyer." After Klayman decided to leave Judicial Watch in fall 2003 to run for a U.S. Senate seat in Florida, Klayman said he learned that Fitton had not even graduated from college, despite his having represented this to Klayman when Klayman first hired him.

Klayman also observed that the cover of "Corruption Chronicles" is confusingly similar to the cover of a book Klayman authored and published in 2009, "Whores: Why and How I Came to Fight the Establishment."

Klayman said he was forced to file suit against Fitton in 2005 on behalf of Louise Benson, who had donated funds to help Judicial Watch buy the building where it had leased office space, but Fitton did not use the funds to buy the building and was sued by Benson. Fitton then finally agreed to refund the money.

According to Klayman, "Fitton passes himself off for something he is not and his conduct is inconsistent with the principles upon which I founded Judicial Watch. I call on Fitton and Simon and Schuster to immediately reissue a truthful edition of this book."

Klayman currently is the chairman and general counsel of Freedom Watch (www.freedomwatchusa.org), which he also founded.