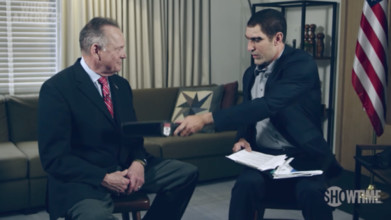 U.S. District Judge Andrew Carter, an Obama appointee, denied the motion in an order filed Monday in the 2018 lawsuit against Cohen, Showtime and CBS filed by Moore and his wife, Kayla, according to multiple reports.

The lawsuit stems from a 2018 episode of Cohen's show "Who is America?" Moore claims that he was defamed and tricked into appearing on the show, during which Cohen, posing as an Israeli anti-terrorism expert, labeled the former U.S. Senate candidate as a pedophile while using a device "supposedly invented by the Israeli Army."