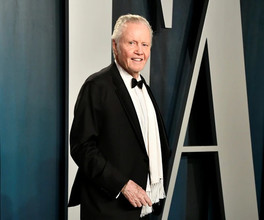 By Sandy Fitzgerald
Newsmax
October 13, 2021
Academy Award winner Jon Voight, through videos posted on Twitter, lambasted California Gov. Gavin Newsom for signing legislation requiring gender-neutral retail departments in the state's stores, accusing him of having "given our rights to the devil" and going against "God's plan."

The "Midnight Cowboy" star posted two videos on Twitter Tuesday night, labeling the Democrat governor as "weak" and calling him a "disgrace to mankind."

In the first video, Voight is shown against the backdrop of an American flag, and calls the bill's passage a "disgrace to the American dream."